When you're considering installing a rooftop solar power plant either privately or for public utilities, is always the cost, reliability, and performance. Going to solar is to save money and another way to get profit from the cost you invested to buy the basic equipment such as solar panels, mounting brackets, controllers, etc.

A rooftop is a quite available place that you can find many buildings that have it unoccupied, that part of the area could be used, and installing solar panels over it could be the best choice. On one hand, it provides extra revenue to the people to build the solar power plant, on another hand, it provides extra protection to the rooftop which could be damaged by broiling sunshine or by heaved raindrops. 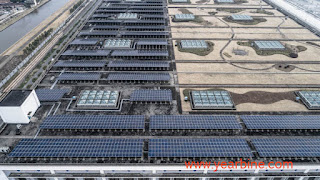 Selling electricity is a very profitable business, either you sell it to others or you sell it for your own use. By selling it to others, you get paid, by selling it to yourself, you saved the money that you’re going to pay others. And, a solar power plant is a perfect solution that could produce electricity to you in the long term and low maintenance cost. Also, a solar power plant is currently the only available solution for any private person to generate a large amount of electricity for sale. You can’t build your own hydropower station, thermal power station, and nuclear power station in the long run, they’re extremely expensive and have unimaginable cost for maintenance and you would have many people to take care of it. But for the solar power plant, you can build it on any size to generate any power you required, either for your own home or for public or other commercial usages. The solar power plant is safe, is clean, and won't influence the ecosystem, but for other power plants, for example, a hydropower station, it does influence the environment, because the water is cut.

Solar panels are the most important part that you’re going to build the solar power plant, for a considerable size, you could get the solar panels from a solar panel manufacturer, and you could get many tutorials from websites that teach you how to install it. If you’re not a Billionaire or not requested by the government or the project owner, non-brand solar panels are always the best choice. For most brand solar panels, they're lavishly praised by media and advertisement, manufacturers and distributors are getting high profit to get the money returned. For the general public, you’re buying the product, not paying the advertisement. For those only choose brand, solar panels are just like those only buy BMW and Benz, they're bleeding but they're happy.