Many lights, indoor lights, outdoor lights which are now and gradually replaced by LED lights, Streetlights is an indispensable luminair in public lighting, with streetlights replaced by LED, we can greatly save the electricity for public usage, which can be efficiently used to other important areas.

Below are some points which we normally think LED light is better than other Lights:

1, the intrinsic characteristic of LED streetlight—light beamed in a single direction, no diffusion and efficient.
.
2, specialized optical treatment put the light to the targeted area, in a further way improved the light efficiency and energy saving. 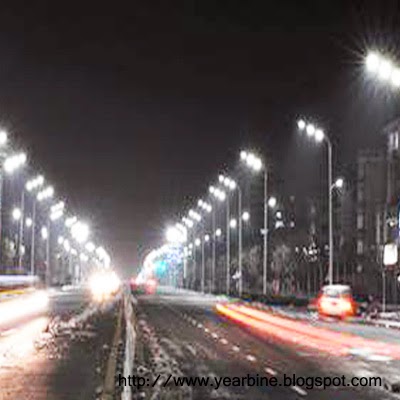 3, when we talk about the LED, the chip should be mentioned. This is the most important part because without it the led street light can’t give out light. Not to mention the theorized value of 250lm/w, we talk about the actual lumen, which calculates the light the LED give out. Most factory will use110-130Lm/w, which belongs to better quality, but it’s the one normal led street light will use.LED light beat the high pressure sodium lamp on brightness, the disadvantage of HPSL is that the more light needs more power.

3,LED can have a higher color rendering index of 75 above, I said 75,because normal chips in the markets are in this level, of cause, better chips will beat 80 above according different manufacturers. The high CRI are an apparent advantage comparing with HPSL’ 23ra, furthermore, LED can save 20% electricity to reach the same brightness as HPSL’s.

4, luminous attenuation is an important factor should be considered while choosing luminaire. Why some lamps give out lesser and lesser light while you continue using? Because of its high light attenuation, But for led, only 3‰ a year, 100times lower than HPSL.

5, Powered by low voltage DC current, comparing with traditional high voltage AC current,Led Light is safe for using.
6, How long can you use traditional incandescent lamp, fluorescent tubes? Maybe 4 or 5 years it will break down. But, this not for LED,LED have an average lifespan of 50000hours,just calculating by 6 hours a day, it can use 20 years above.

7, LED light can be as easy as traditional light to be installed on a pole, many manufacturers are using screws, supporters, and something else, which are simple and easy to be fixed safely without much effort.

8, Choosing a reliable manufacturer and ask them to use high quality electrical components and add independent over-current protection. Because, even the best light if you do not fill the components good and right, it will fail. This happens on every kinds lights, machines, LED have no exception. You will find LED light is very reliable, when you get the good quality ones. We just consider LED lights are more reliable than other lights based on they use same quality components.

9, LED do not contain mercury, will not pollute our environment. But, HPSL have, it’s time to replace old HPSL to LED for a better environment.

Some manufacturers produce LED streetlights with a very cheap price, it’s useless to buy those products, because they produce that for making money, not for the purpose of producing a real piece of goods.


LED lights, especially LED streetlights should always keep mentioned its quality standard. I know some people would say, even the worst equipped led street light will use longer than traditional HPSL. I will not doubt it; just think that LED should give out its real power, don’t make its luster fade in its heyday.
By Yearbine at August 03, 2012