1,Coaxial cable: it’s a kind cable with core copper wire shielded  by insulative layer, which have a capacity 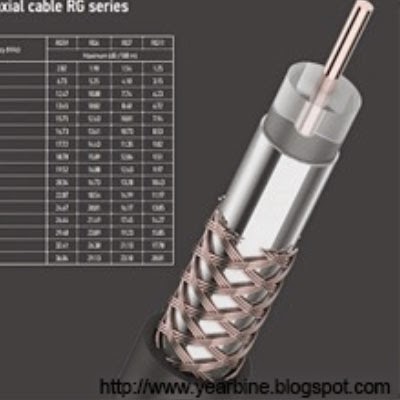 of tough disturbance resisting, stable data transmitting, low price; and I must mention this kind cable also been used for closed circuit TV. The coaxial cable should be used together with BNC Connector, but customer can ask the factory supply cable assembly which the BNC connector already connected with the raw cable wire.

In multimode optical fiber, the data are transmitted through more than one route, it often been used within a mile’s distance, as the effective distance from transmitter to receiver is about 5miles; furthermore, stronger the source light, more sensitive the receiver, larger distance will be achieved. Our research tells the bandwidth of multimode optical fiber is about 4000Mb/s; single mode optical fiber is used to avoid pulse broadening, the minimum size of fiber core (7-9μ) avoided the jump pulse from side to side. When we use a confocal laser in a wavelength of 1310 and 1550, we see the laser going directly into the tiny fiber core and to be transmitted to the receiver without apparent jumping.

The most commonly used twisted pair cables are: CAT3, CAT5, CAT5E and CAT6, the former have thinner diameter, while the later have thicker diameter.

(1)   CAT1, this is a kind cable mainly used to transmit sounds, not for transmit data. The standard of Cat1 is mainly used for telephone in the beginning of eighties.

(2)CAT2, The frequency for this type is 1MHZ, used for sound transmitting and transmitting a low data not more than 4Mbps.The application of CAT2 commonly seen in 4Mbps token passing protocols based old token-ring network

(4)CAT4, with a transmitting frequency of 20MHz, this kind cable mainly used for sound transmitting and data transmitting in 16Mbps and below, used mainly in Token Ring based local area network (LAN) and 10BASE-T.

(5)CAT5, this kind wire increased winding thickness, clad with a kinds of high quality insulation material, Cat5 have a transmitting rate of 100MHz, used for sound transmitting and data transmitting in 100Mbps and below. Cat5 is the most commonly used Ethernet cable for 100BASE-T and 10BASE-T internet. 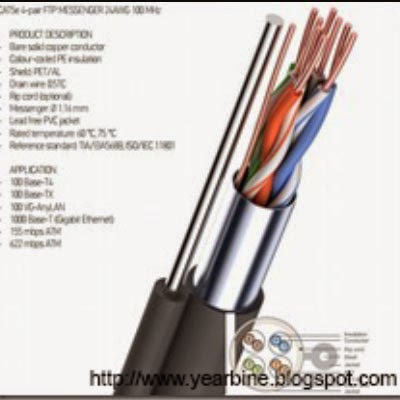 (7)CAT6, with a transmit frequency of 1MHz-250MHz, cat6 wiring system should have a relative larger margin for general attenuation-to-crosstalk ratio in 200MHz,it provides 2 times bandwidth than CAT5E. The transmitting performance of CAT6 is high above the standard of CAT5E, which made it most suitably for a application with a transmitting rate above 1Gbps.A big difference for CAT6 comparing with Cat5e is the improvement on the aspect of crosstalk and return loss; cat6 canceled the basic link model but adopted star-shaped topological structure, requesting the cabling distance of a permanent link within 90m and information channel length within 100m.

(8)CAT6E, This is an updated version of cat6, belongs to a kind of Unshielded Twisted Pair (UTP) under the standard of ANSI/EIA/TIA-568B.2 and ISO 6/E, mainly used in Gigabit Ethernet.CAT6E have the same transmitting frequency with CAT6, i.e. 200-250MHZ, the largest transmitting speed of CAT6E is 1000Mbps.Comparing with CAT6, CAT6E greatly bettered the aspects in crosstalk, attenuation, and signal-to-noise ratio (SNR).


PS: STP is shielded with aluminum foil, it can reduce radiation, but cannot completely remove it, STP have a higher price than UTP, and installation will not be so easy as UTP, mostly we suggest customers buy UTP for it have advantages such as: Saving space for its smaller diameter, lesser weight, easy bent, easy installation, reduced the crosstalk to the minimum, fire resistance, independent and flexible, suitable for structured and integrated wiring.
By Yearbine at April 27, 2014